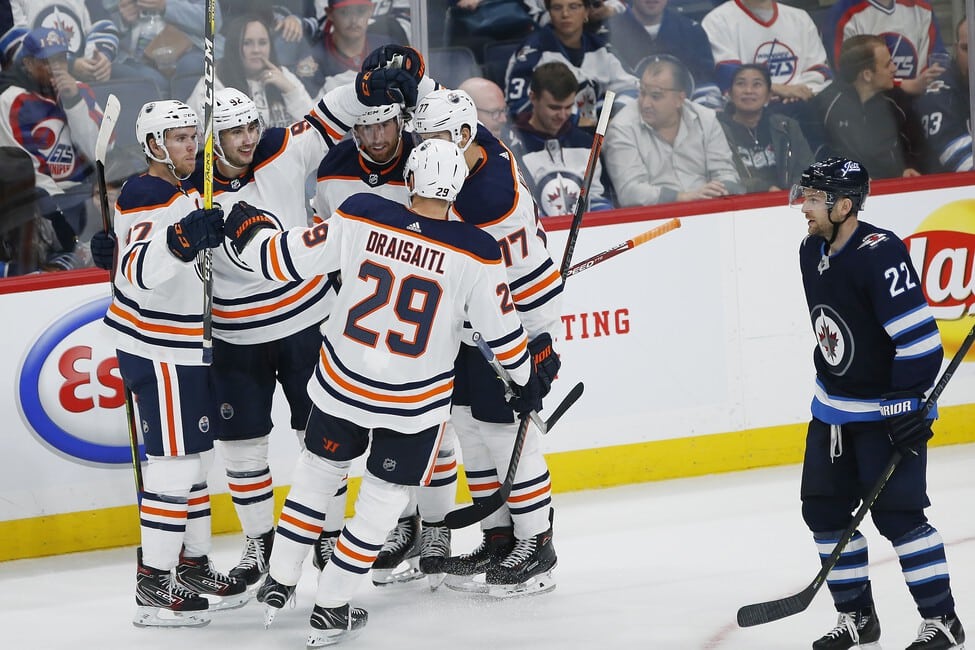 In an Edmonton Oilers news and rumors update, there is plenty of talk about the blue line and how the Oilers might make changes to it. Who could the team possibly move and who will the club refuse to let go of? In goal, who might be on the team’s radar if they elect not to bring back Mike Smith? And, is it true that Mike Green is retiring from the NHL?

On a recent 31 Thoughts podcast, Elliotte Friedman and Jeff Marek took a look at the Oilers blue line situation. Understandably, after an early exit from the NHL play-in round, there is concern that the defense wasn’t good enough but also worry that the team needs more depth at forward. The question becomes, where do the Oilers take from their defense to make the changes they need on offense?

Friedman started with the fact that Edmonton and Toronto could be natural trade partners as the Maple Leafs need blue line help. He mentions that the two teams have had conversations in the past. Marek said the Oilers have a lot of defenseman with the emergence of Ethan Bear, Evan Bouchard, Caleb Jones, and Philip Broberg and his suggestion was that Edmonton can afford to move someone.

But, Friedman suggested there’s no way the Oilers move one of those young guys and doesn’t believe the team will trade Darnell Nurse despite some of the criticism he’s taken after the series. He wonders about Oscar Kelfbom or Adam Larsson.

In speaking about Larsson, Friedman did admit that if the Oilers move the Swede, Edmonton is left with limited options for right-shooting d-men. But, Larsson will have trade value, he’s coming up for a contract and the top-two guys were a let down in the Oilers series versus the Chicago Blackhawks.

He also suggested it becomes an easy decision for the Oilers if they get an indication Larsson doesn’t want to stay, or won’t re-sign when his contract comes due at the end of next season.

Thomas Greiss and Option for Edmonton?

When asked about the likelihood that the Oilers bring back Mike Smith, it was noted that there are a lot of goalies on the market this offseason and that someone is going to feel the pinch, not getting what they want out of their contract request. That could include Thomas Greiss who has quietly been a very good goaltender in the NHL for a long time.

Friedman said he wonders about a player like Greiss in Edmonton and Marek hinted that the German connection to Leon Drasiaitl could make the Oilers an attractive option.

It was said quickly, but as Friedman listed off Edmonton’s options for next season on the blue line, he said that Mike Green was retiring. While he wasn’t specific on a date and nothing has been made official by Green or the Edmonton Oilers, it sounded like news was out there and happening right away.

If true, Green will leave the NHL having left a strong legacy for an offensive defenseman. He had two 70-plus point seasons between 2008 and 2010 and finished second in the Norris trophy voting in those two seasons. He scored 150 goals and 501 points over 15 separate seasons.

Green joined the Oilers as part of a deal at this year’s trade deadline and played only two games for the franchise. He opted out of the NHL play-in games but there was talk the Oilers might have been interested in bringing him back on a one-year contract next season.