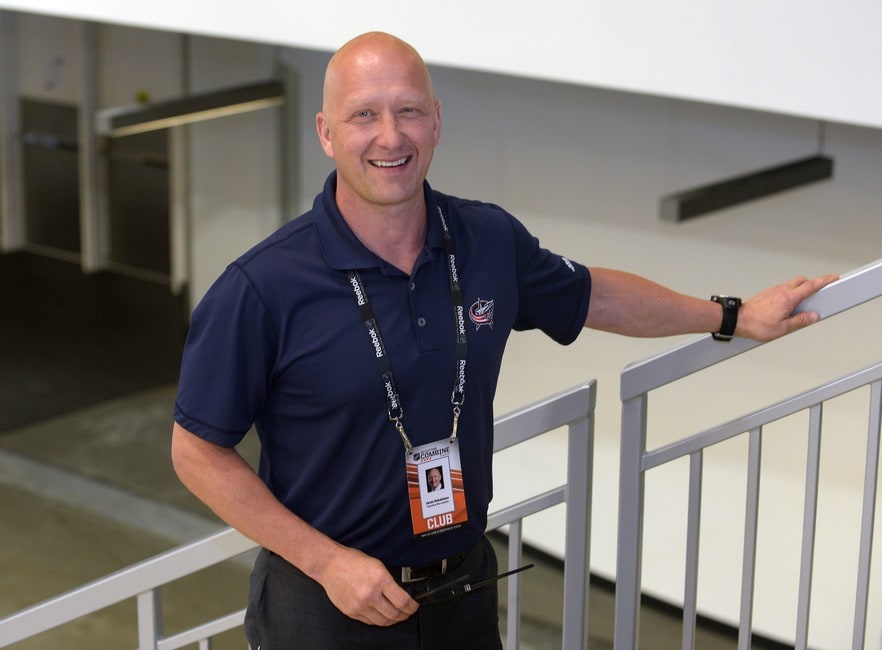 Everyone involved from a Columbus Blue Jackets perspective is thrilled about the blockbuster trade that saw Pierre-Luc Dubois go to the Winnipeg Jets. That includes the two incoming players in Patrik Laine and Jack Roslovic.

You could tell this was the case for many reasons. Among them, the Blue Jackets’ players looked much looser in their 5-2 win against the Tampa Bay Lightning on Saturday. It seemed the weight of the world was lifted off their shoulders.

But you could also see that GM Jarmo Kekalainen and head coach John Tortorella were happy about the result. The overall feeling around the team has taken a complete 180 from the time the game ended Thursday night until now. Doom and gloom has suddenly turned into new life for everyone on the Blue Jackets.

Just look at what was said.

“Patrik is a player we know very well and in a short time has become one of our league’s most proficient goal scorers. Jack is an exciting young player with great potential and we’re thrilled to bring him home to Columbus as a Blue Jacket.” -Kekalainen

“We’re thrilled. We’re really anxious to get them here.” -Tortorella

“It’s awesome being part of the Blue Jackets’ organization. Everything I’ve heard about the city and organization, it’s been nothing but positive things.” -Laine

For everyone involved, not only is it thrilling, it’s a sense of relief. Each had to overcome some adversity to get to this day.

Kekalainen seemed willing to wait to see how the season played out. Then Dubois was benched after a series of poor performances. The last of which forced Kekalainen’s hand. He had to act now or else the season could have went off the rails. He had to do it quickly in such a way that now help came back to the Blue Jackets.

As for Tortorella, he had to overcome all the questions being asked about benching his number-one center. He also had to keep close eye on the Blue Jackets’ room given everything that was going on. Tortorella did what he always does when a player is badly struggling. He remained consistent in his approach in the face of adversity. Now he has two players that want to be with the Blue Jackets instead of one who doesn’t.

That too is a job well done.

Then there’s both Laine and Roslovic. Laine rumors have been around for some time now. It felt like it was only a matter of when before a deal was done. The fit didn’t seem right. He seemed unhappy with his role. But even despite all of that, he performed hard and scored two goals in his last game with the Jets including an overtime winner. That was noticed by everyone on the Blue Jackets.

Roslovic requested a trade from the Jets and wasn’t going to play for them again. He got lost in the depth chart and really never got a chance to prove he could play higher in the lineup. He’s been in Columbus waiting for resolution. Meanwhile he’s been training and working out in case this opportunity came. Now he gets to live out his dream and play for the team he grew up watching.

But to a man, you can see just how happy everyone is. Whether it leads to success later is yet to be determined. But for now, a fresh start and a new opportunity awaits Laine and Roslovic. They are eager and can’t wait to join the Blue Jackets. The team can’t wait for them to join either.

Everyone from top to bottom is thrilled about the trade.

Good: Taking three points from the Lightning. Even though the world seemed like it was crumbling around them, the Blue Jackets took three of four points from the Lightning and now sit at hockey .500. They put extra focus on the neutral zone in the rematch. In the second half of the game, they locked the middle of the ice down and took away the time and space the Lightning love to have. Tortorella acknowledged postgame that was a focus. Zach Werenski said this was a focus as well saying they wanted to limit odd-man rushes. Saturday looked like the Blue Jackets we’re used to seeing. These two games should help their confidence moving forward.

Bad: The Dubois situation. And oh man was this bad. The shift everyone is talking about was as bad an effort as I’ve seen in a long time. Then he compounded it by skating away from his teammates. He looked like a player that did not want to be there. Even though he was going to be as good a teammate as possible, his presence was a distraction. We may never know why he wanted out. But the Blue Jackets had to act now. They did. It’s time to move forward.

Ugly: Mitchell Stephens injury. The replay of this injury is brutal. Stephens got pulled back in an awkward way as he got caught up with two Blue Jackets’ players and had to be helped off the ice. Jon Cooper said postgame he will be out a while. Defensemen Erik Cernal left the game also and didn’t return. Injury trouble seems to be hitting the Lightning early.