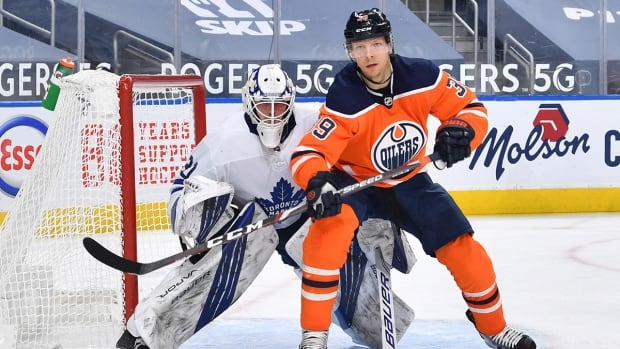 Hutchinson stopped all 31 of the shots he faced as the Leafs (17-4-2) shutdown Connor McDavid, Leon Draisaitl and their teammates for a second straight game.

Morgan Rielly and WIlliam Nylander had a goal and an assist apiece Monday, while Zach Hyman also scored for the NHL’s top team.

Oilers (14-10-0) goalie Mikko Koskinen allowed three goals on 10 shots before being replaced by Mike Smith to start the second period. Smith had 13 saves in relief.

Toronto was without Auston Matthews for a second straight game as the team’s star centre recovers from a wrist injury.

Matthews — who has 31 points (18 goals, 13 assists) on the season — is travelling with the team and took part in an optional skate with his teammates on Monday.

WATCH | Leafs shut the door in win over Oilers: 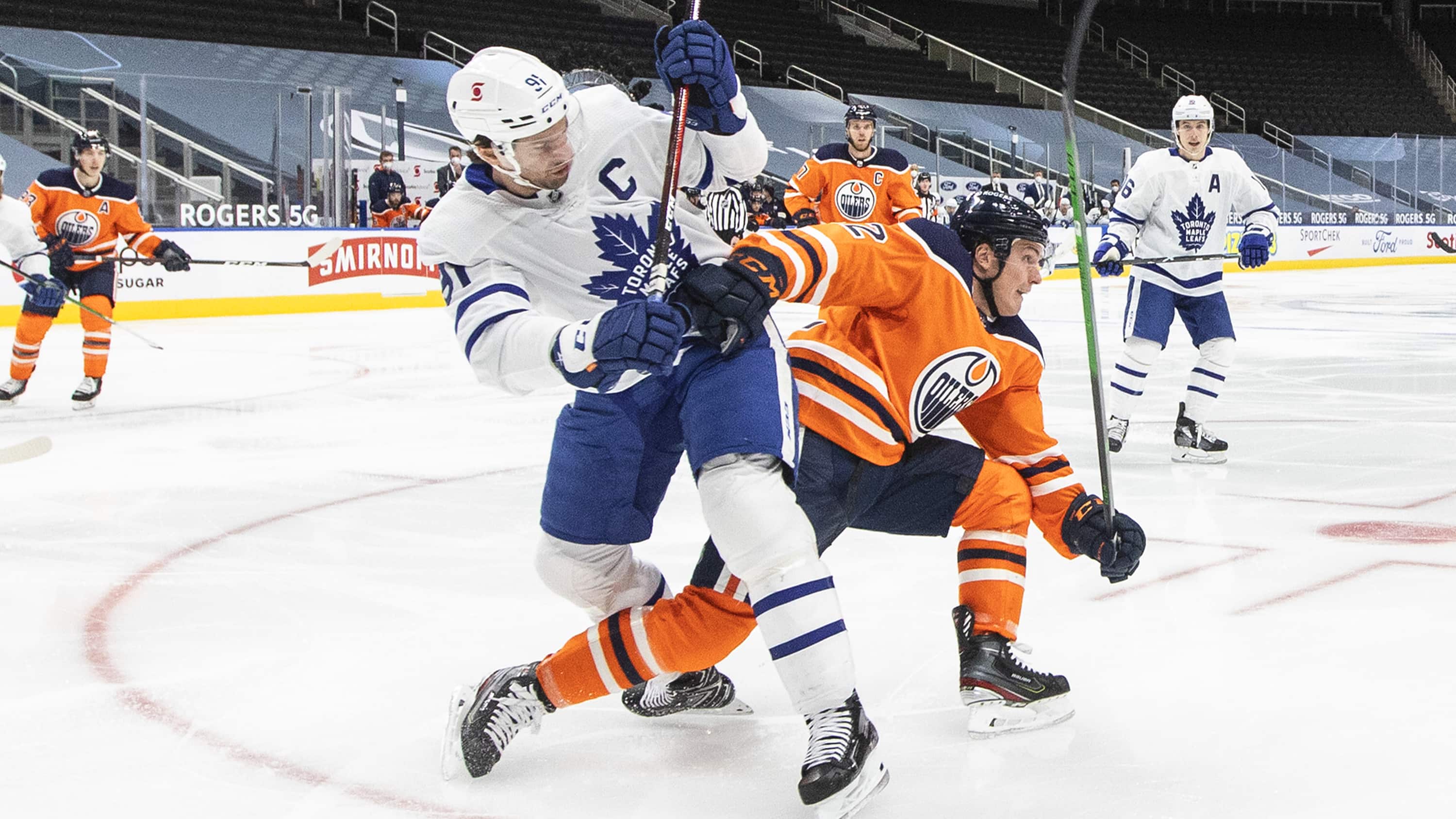 Toronto’s first shot of the night didn’t come until 7:19 into the first period, but it was worth the wait as Rielly put a pass on Hyman’s tape and the forward sent a nifty backhanded shot past Koskinen to give the Leafs a 1-0 lead.

Three minutes later, Nylander collected the puck off a faceoff and streaked deep into the Edmonton zone. He sailed a backhander over Koskinen’s glove and into the top-left corner of the net.

A power-play strike rounded out the first-period scoring after Edmonton’s Adam Larsson was called for hooking.

Rielly uncorked a blast from near the blue line and, while Koskinen got a piece of it, he couldn’t control the puck and it dribbled through his legs and over the goal line, giving Toronto a 3-0 lead heading into the first intermission.

The Leafs came into the game with the league’s top-ranked power play, having capitalized on 32.4 per cent of their chances with the man advantage.

Toronto was 1 for 4 on the power play Monday. Edmonton failed to capitalize on any of its four chances.

This season has seen both players and teams pull off impressive streaks, but as Rob Pizzo shows us this is nothing new. 1:57

The Oilers had ample opportunities to claw out a goal in the third period, outshooting the Leafs 13-8 across the frame, but couldn’t beat Hutchinson.

The Leafs and Oilers will wrap up a three-game series in Edmonton on Wednesday.