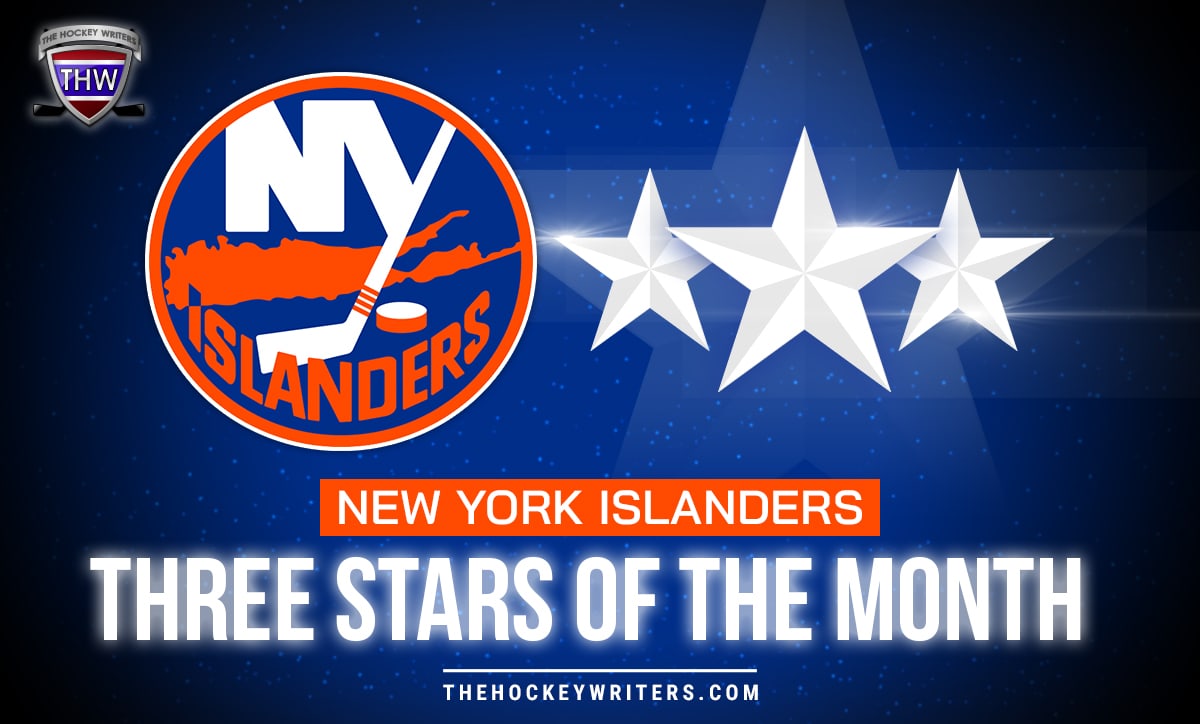 It was another strong month for the New York Islanders despite them finishing with back-to-back losses against the Pittsburgh Penguins. Altogether, the Islanders went 11-4-0 in 15 games and sit among the top teams in the East Division. However, they lost their captain in Anders Lee to a season-ending knee injury and saw multiple players miss games due to COVID-19. With all that, let’s take a look at the three stars of March.

Anthony Beauvillier missed roughly three weeks in the beginning of the season but finished the month extremely strong. Beauvillier had only one goal through the first ten games, but went on to score goals in four straight games and had a pair of overtime winners in back-to-back road games this month.

In the first matchup. the Islanders trailed 1-0 heading into the third period. After New York tied the game, the contest went into overtime with the Philadelphia Flyers. After the Islanders killed off a penalty to start, Beauvillier scored the first overtime goal of the season for New York on the 4-on-4. He followed that up with another game-winner in the extra session as the Islanders secured their fifth win of the season over the Boston Bruins. Beauvillier scored a wrap-around goal and had 6 goals and 11 points.

After occasional playing time through the first two months of the season, Ilya Sorokin received seven starts in the month of March. He was coming off a 20-save shutout in the team’s final game of February and won his first six starts in March. In five of the seven games, Sorokin allowed two or two fewer goals and had a career-high 37 saves against the Flyers on March 22.

Despite getting pulled in his last start, Sorokin has still been the top rookie goaltender in the league. He has a 2.24 goals-against average this season, along with a save percentage of .911. While the Islanders defense has played well in front of him of late, Sorokin has made a couple of sensational saves in the past few games, earning himself more starts down the stretch of the season. The only problem is that Semyon Varlamov has played extremely well this season. Right now, he continues to be the No. 1 goaltender and the expected starter in the postseason.

It has been an incredible run for 20-year-old Oliver Wahlstrom as he has been the team’s most dynamic player of late. He scored 6 goals in 15 games this month and has cemented himself on the Islanders’ second power-play unit. After scoring a goal against the New Jersey Devils on March 13, he scored the game-winner in the shootout the following night.

Wahlstrom then scored a pair of goals in back-to-back games and then registered a pair of assists against the Flyers. He even had his first NHL fight and then had goals again in consecutive games during the Islanders’ overtime wins last week. Wahlstrom has also played extremely well with Jean-Gabriel Pageau, who has picked up his play with five points in his last four games.

New York will head into April with a busy first couple of weeks of the month. While they finished their season series against the Penguins, the Islanders will see the Capitals five times, along with the Rangers for four games, the Flyers for three, and Bruins for two. In what is a tough East Division, every point is going to be critical for the Islanders as they make a push for the postseason for a third straight year and a quest for their fifth Stanley Cup in their history.

Matt Rothman is a 2018 graduate from Florida Gulf Coast University receiving his bachelor degree in journalism. Originally from Long Island, he moved to Parkland shortly after high school. Matt worked as the assistant sports editor for his school paper, eaglenews.com in college becoming just one of nine students in his graduation class to serve over 1,000 community service hours. His goal is to travel to every Major League Baseball stadium, and has been to multiple US Open finals.