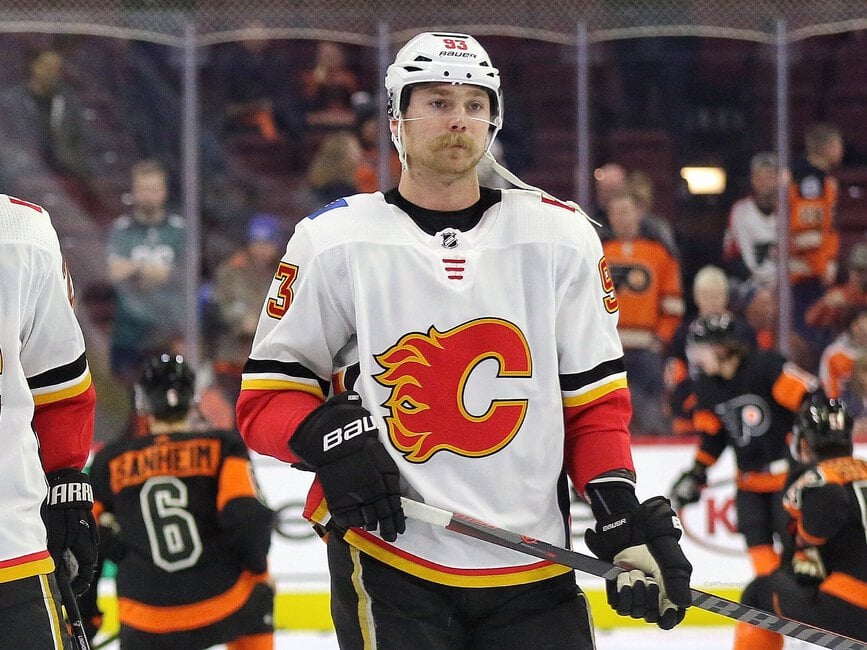 In this Calgary Flames News & Rumors update, both Sam Bennett and David Rittich have found new homes, as they were shipped out prior to Monday’s trade deadline. Rookie defenceman Juuso Valimaki has had his fair share of struggles recently, and Darryl Sutter didn’t mince words when talking about what he needs to do better. Meanwhile, Milan Lucic is set to hit a historical milestone tomorrow night, as it will mark the 1000th game of his career.

In the prior days and weeks leading into the April 12 deadline, it had become clear that the Flames were going to be sellers rather than buyers, given the fact they sit well outside a playoff position. Though they have multiple players on expiring deals, many thought it would be hard to trade most of them, given teams’ salary cap situations due to the pandemic.

While general manager Brad Treliving likely wasn’t able to move as many pieces as he would have liked, he was still able to make a few deals prior to the deadline. The first happened late Sunday night, as they traded Rittich to the Toronto Maple Leafs for a 2022 third-round pick. While the 28-year-old made it clear recently that he didn’t want to be traded, Treliving didn’t have much of a choice, as he likely would have left via free agency this offseason. He suited up for 130 career games with the Flames, putting up a 63-39-15 record along with a 2.83 goals against average and a .908 save percentage.

The other trade came within the final hour of the deadline, as they dealt Bennett to the Florida Panthers along with a 2022 sixth-round pick in exchange for Emil Heineman and a 2022 second-round pick. Considering highly sought-after rental Taylor Hall went to the Boston Bruins for a nearly identical package, this was a fantastic trade by Treliving. Perhaps a change of scenery is what gets the 24-year-old Bennett going offensively at the NHL level, as he was never able to figure that part of his game out in Calgary. In 402 career games with the Flames, he scored 67 goals and 140 points.

Coming into the 2020-21 season, the hope was that Valimaki, who was a first-round choice at the 2017 NHL Entry Draft, could step in and potentially play in a top-four role. That hasn’t been the case for the 22-year-old, as he has struggled all season, particularly since Sutter took over as head coach. When asked why the young Fin has been healthy scratched on numerous occasions lately, Sutter was not hesitant to critique his play.

This is certainly a disappointing season from a player who appeared to be showing tons of promise while playing in Finland earlier this season. In 37 games this season, he has just one goal and eight points while averaging just 15:29 in ice time per game.

The play of Lucic has been one of the few bright spots for the Flames this season. Though the offensive totals (16 points in 41 games) don’t look outstanding, he is just four points shy of both his 2018-19 and 2019-20 season totals. On top of that, he has looked very engaged all season long and hasn’t been shy to drop the gloves.

The 32-year-old, who considered retirement at one point last year, will play in his 1000th career game Tuesday night in Toronto.

“I think the trade and the transition to Calgary has been really good for me, especially on a personal note,” Lucic said. “From a mental health standpoint, I think I was lost in Edmonton by the end of it. I was kind of questioning what I was doing and why I was doing it, questioning the people around me because of how things went there.”

Through the first 999 games of his career, Lucic has 213 goals and 537 points. While he spent the majority of his time with the Boston Bruins, he also played a season with the L.A. Kings before heading to the Oilers and subsequently getting traded to the Flames.

Former Jr. A player turned writer. Cover both the Calgary Flames and the Edmonton Oilers, and am part of both the Flames Faceoff and Oilers Overtime podcasts.